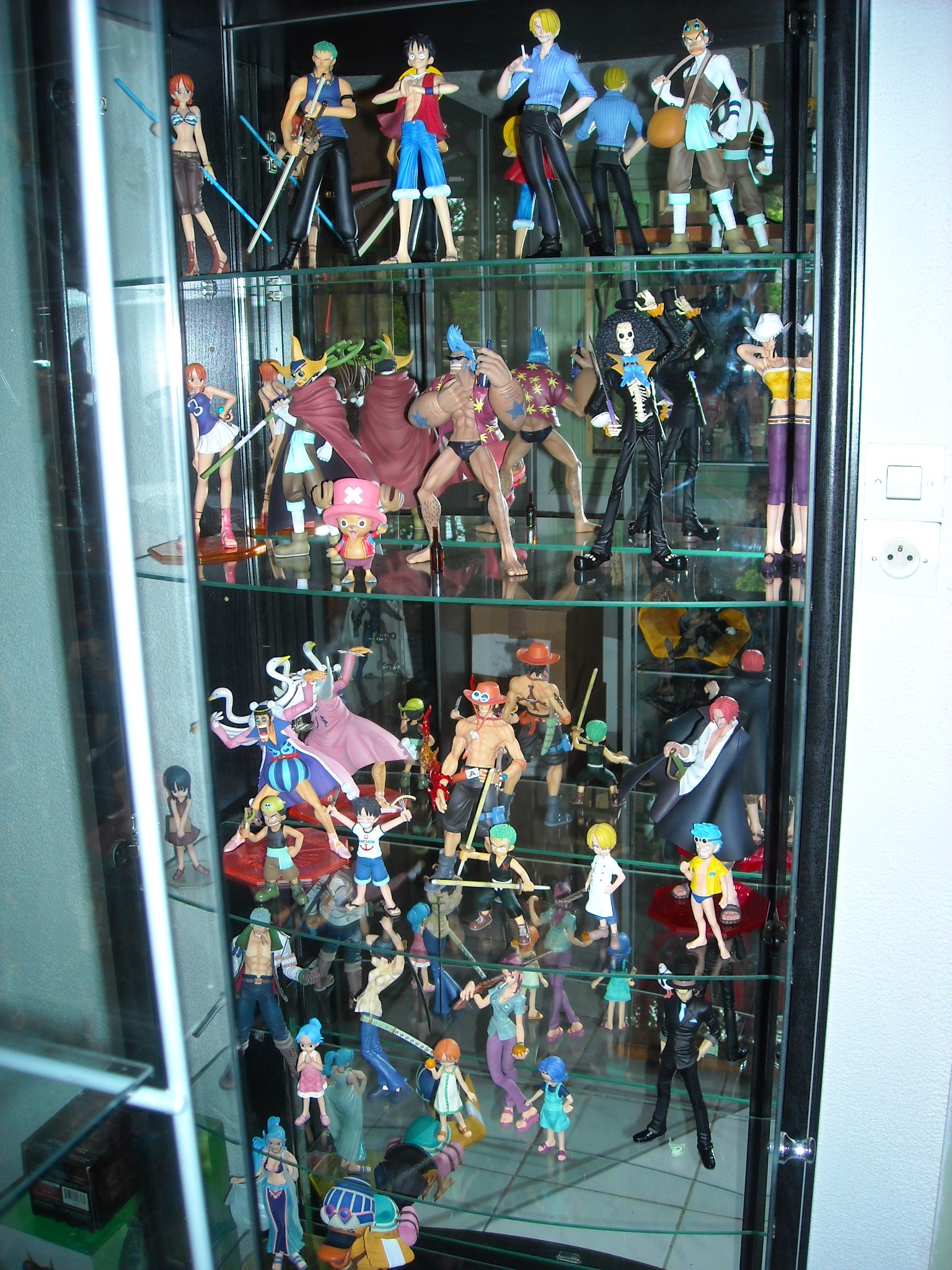 This is my collection of Portraits of Pirates in my new home :)

Feba-chan
Great collection!Will you buy the Strong Edition too?
And so rare Carue and Soge King!=) and of course,Luffy looks great on the 1st shelf)
10 l. temu

xenocard, don't wait too much because the release can be out of stock quickly ;)
11 l. temu

xenocard
once the snake ladies figures role out, hancock sama!!!! i will buy every mega house onepiece, i heard they are re-releasing them soon, their prices are painful right now....(drooling over kuma)
11 l. temu

Superchan, i don't think that it is the screen time which make a character important or not !
their are many characters (Shanks, Dragon, Barbe Blanche, Ace for example) who are important in the manga and we see them only few episodes. i prefer a POP of a charismatic character as Mihawk (the number one of blades men) instead of Princess Vivi and Carue (i only bought them to complete)

but it is true that the Mega House POP is probably the bigger line !
It is also because there are 50 to 100 One Piece characters in One Piece ;)
and the figures are always sold out fast so they never stop (for yours pleasures)
11 l. temu

superchan
np
i have follow the One Piece manga too.
But to say the true the One Piece P.O.P line is to big.
I don't know other manga/anime series with so many different character release for scale models.
How much screen time did Mihawk get to be so poplulair.
11 l. temu⊛
Wyświetl pozostałe komentarze