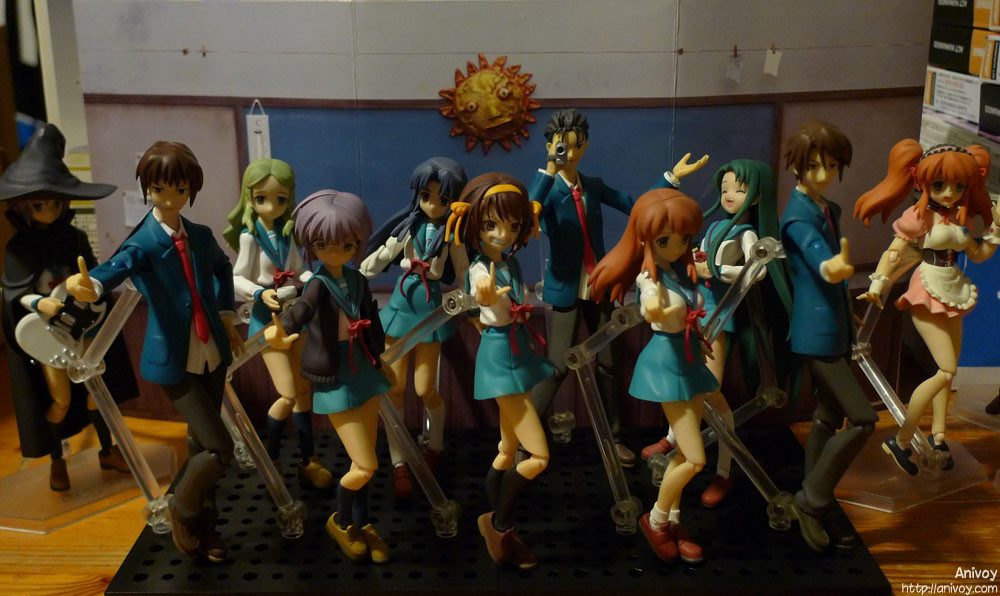 Bought a 2nd Witch Yuki (because she was my first figma and I broke her shoulder like an idiot at the time) and a 2nd Kyon when I realized I could use the former for Emiri, so why not Taniguchi too?
The new Kyon's better than my old one too, so guess who gets the old body? :V

Witch Yuki and Waitress Mikuru will join my ver.Ka Bunny Haruhi later to have a festival trio setup. The Fraulein was just too big for that.

School Yuki and Haruhi were also leaking plasticizer like crazy, so wash your figures! :V