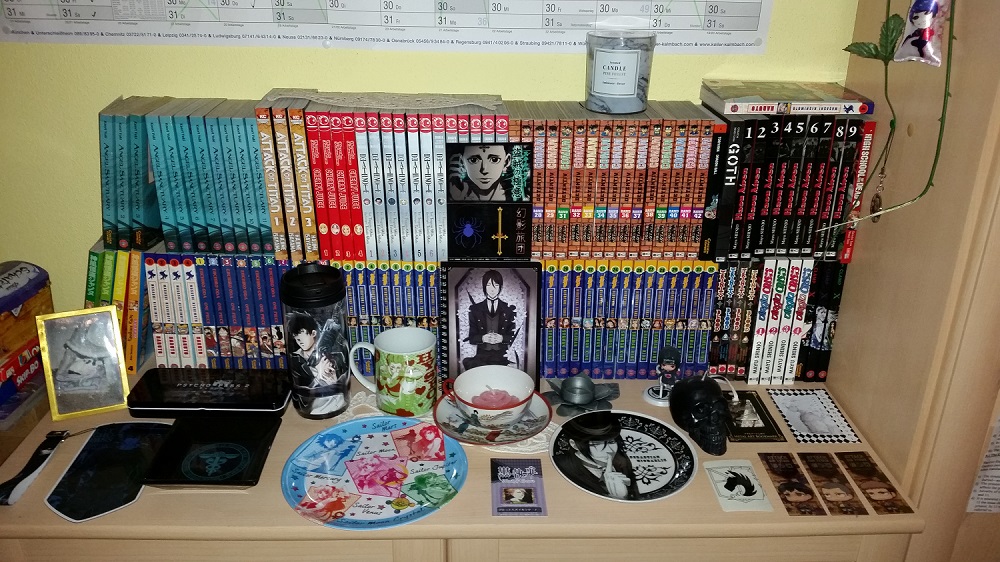 Thousands of mangas... I'm kidding, those are "only" something above 100. Well yeah, and mostly everything of my collection, but soon enough I don't have any space any more. *sigh*
And I'm not sure how to arrange my mangas. At the moment, I just have the titles from A-Z, but I think sooner or later I'll have the mangakas from A-Z. *lol*
Oh and btw, the little figure of Itachi behind the skull candle is a FAKE, so don't ask me about that; I bought it in Dublin on a market and you can clearly see that it's a fake.
And I know, some of the things are missing, for example the bookmark with Reiner, but he's being used. You know what I mean. For books. ... ;)