Yumi Omura (spelled Omura in the Japanese website and in the English anime release, and Oumura in the Tokyopop manga releases) is a seventeen year old girl who works at the Japanese pub called My Pleasure alongside Hideki. In the anime, she is the daughter of the club's owner, but in the manga, she is only an employee. It is initially implied that Yumi is interested in a relationship with Hideki, but as the series progresses it is revealed that she initially approached him because he also worked at My Pleasure, and that she thinks of him as an older brother. Throughout most of the series Yumi has an inferiority complex toward persocoms, and becomes upset at any mention of a human-sized persocom. However, she does carry a small persocom, shaped like a rabbit, on a key chain that can only do basic functions. In the manga she says that she has a larger persocom, also shaped like a rabbit, at home. In one episode of the anime it is revealed that one of those functions is a cell phone, which is later used by Chi to determine her location.

The reason for her inferiority complex is that while Yumi was working at Chiroru she fell in love with the manager, Hiroyasu Ueda. She gathered the courage to tell him, and found out that he reciprocated her feelings. However, Yumi later discovered that Ueda had previously been married to a persocom that he had named Yumi and she thought that he would compare her to the persocom Yumi and find her inferior.

However, Hideki eventually manages to persuade Yumi that Hiroyasu wouldn't have started anything if he didn't love Yumi for who she was, and he and Yumi resume their relationship.
Voiced by: Megumi Toyoguchi (Japanese), Julie Maddalena (English) 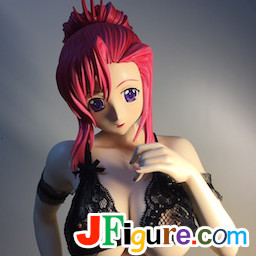