I finally decided to purchase one of those sets that GSC has always advertised to get if you like nendoroids very much. Which is the case for me.

I was aware of those sets for a long time, but every single one of them would always end up having 3-4 faceplates I dislike a lot, so buying a whole set was not necessary.

But on the other hand it has always been frustrating to buy blind boxes, trying to get the ones you want. I have already lost hope that one day I will eventually buy the whole set.

But that day has finally come.

The set has a lot of really good faceplates. The one I got had no defects or QC issues with them. Faceplates are colorful, really nice and fit nendoroids really well.

Some of the faceplates did give me vibe that they were "made" after existing nendoroids. Just those nendoroids were lacking them, so here... go buy this and now you have it!

But I do know that this set was made by the poll, where the real people were voting which ones should be made. So that is not the case here, lol. Still vibe is not leaving my head. Cannot blame me for that!

So faceplates... How do they look? Well... I took some nendoroids that I had easy access to and decided to try my new purchase on them.

I can say that I am really impressed. Especially with faceplate that I chose for Vanitas.
I swear to GOD it looks so fitting as if it is actually part of his set.
Haise is cute too! Oh and Aether looks amazing!

Conclusion: They are great. Really great. I would suggest to anyone, who's into nendos, to buy this set.

But I do have 1 faceplate I do not particularly like (the one I used on Dazai). But I cannot say that I HATE it, I just don't really like it.
1,205 wyświetleń • 4 ulubione • 6 komentarzy

Misti Confused Nendo-Addict
Kiromita • 2 mies. temu • #114126588I love how you were able to find faceplates that fit well with each character~lesser-robot-cat • 2 mies. temu • #114135424It's always fun to see how various characters look with completely different faces than the ones they came with. You even themed the eye colors nicely to the characters, too!

Thank you! :3 It seems the result was better than I anticipated.
1 mies. temu

lesser-robot-cat
It's always fun to see how various characters look with completely different faces than the ones they came with. You even themed the eye colors nicely to the characters, too!
2 mies. temu

Kiromita
I love how you were able to find faceplates that fit well with each character~
2 mies. temu

RomeosBlueStar
I really like the one Haise is wearing. I like the Nendoroid more sets but I never money put aside for them. I like this review so I might buy them.
2 mies. temu

Misti Confused Nendo-Addict
I bought it in local shop, but you can get it in Nin-Nin games too. They have it for sale with discount now :3
2 mies. temu⊛ 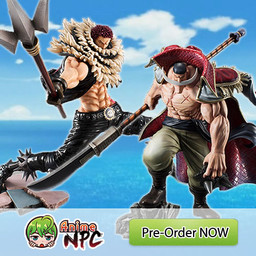